This information is shared courtesy of BOC partner the Midwest Energy Efficiency Alliance. 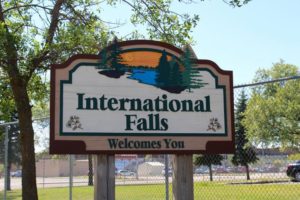 Ted Brokaw, now the Street/Water Commissioner for the City of International Falls, MN attended BOC in 2014 while he was working as the Head of Building and Grounds for the city. Between 2001 and 2011, his fleet of buildings grew from three to 12, and he sought out training through Minnesota Power that would help him learn his buildings in and out. Ted has learned firsthand that understanding every aspect of a building is essential.

Ted attended Hibbing Technical College for Building and Grounds Maintenance, where he learned the basics of heating and air conditioning. He then worked for a local HVAC contractor before starting a position with the City of International Falls as a Meter Reader in 1996. In 2001, he started in the Building and Grounds Department and remained in that role until 2016.

When his fleet of buildings increased from three to 12, Ted found himself trying to get up to speed with evolving technology. While some of his buildings had steam boilers and air actuated controls, others were LEED certified with advanced building automation systems. He needed the knowledge and resources to manage both old and new systems efficiently.

“BOC gave me an opportunity to learn with other people with varied backgrounds on all aspects of building efficiency,” Ted said. He explained that learning more about energy efficiency and working with his LEED buildings has changed his overall approach to building management from being reactive to proactive. The gained knowledge has given him a passion for energy efficiency and proper building operation. Additionally, he mentioned that BOC helped him develop his career since it allowed him to become more involved with long-term improvement of his buildings.

In the City Hall building, which was constructed in 1939, they had a low-pressure steam system with air-actuated control and the original piping and nighttime/daytime setbacks. Ted converted the system to hot water heating with DDC controls. They also removed over 400 T-12 light fixtures in various city buildings and installed LED fixtures in their place. The city reported significant energy savings from these changes. Ted’s team is currently working on entering data from this building into B3 Benchmarking so they can track energy savings over a four-year period.

In addition to energy savings, Ted’s team has also noticed non-energy benefits from the changes they’ve made. During the shoulder seasons, they used to receive complaints about overheating, but this problem has been resolved after they converted the system and upgraded their outdoor reset and controls. They’ve also noticed that after switching their lighting to LED fixtures, they have lower maintenance needs and more favorable lighting levels. Ted told us that while they were planning on upgrading the heating system before he took BOC, the knowledge he gained helped him troubleshoot several issues that they would not have been able to solve independently in the past.

What’s Next for International Falls?

Once the City of International Falls finishes benchmarking all their properties, they plan to use their baseline to track energy savings. Other facility projects in the pipeline include upgrading the library heating system and converting the cooling system for their ice arena plant. They are also implementing an asset management program and utilizing a maintenance management program.

Want the skills to improve your facility and take your career to the next level? BOC is offered in 10 states throughout the Midwest. Find a training today at http://www.boccentral.org/ . Located outside the Midwest? Visit the national locations page for information on training near you.