The Building Operator Certification is administered by the Northwest Energy Efficiency Council which is celebrating its 20th anniversary in 2015.

In the beautiful Panorama Room of the Pacific Tower in Seattle, NEEC celebrated the 20th year of its incorporation as a non-profit industry association. 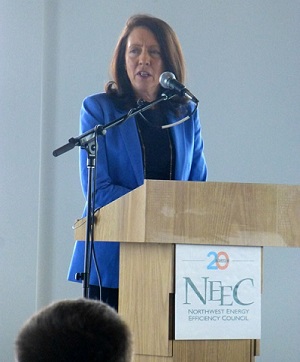 A sold out room of energy businesses, policymakers, utilities, and efficiency advocates enjoyed a stunning view of downtown Seattle and Elliott Bay.  A welcome from Seattle Mayor Ed Murray kicked off the event (he shared the fact that he saw an energy dashboard on display at his recent visit to the Vatican!) followed by a brief history of NEEC and the industry by Executive Director, Stan Price.  Seattle Councilmember Mike O’Brien told the crowd, as a native Seattleite, about the evolution of Seattle City Light from the heyday of Gold Medallion homes to a 40 year track record of conservation. 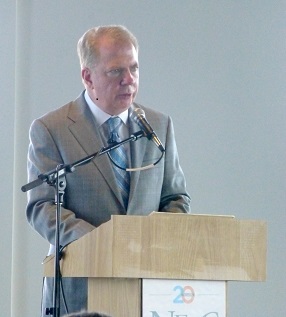 A customer panel with representatives from Boeing, Microsoft, JSH Properties, University of Washington, and Washington State University (and yes, the Husky and the Cougar sat next to one another) had an extemporaneous discussion between themselves and the audience.  Lots of great content was shared including a unanimous view of the panel that the future challenges in making strides in energy efficiency were not rooted in technologies but instead in human and organizational behaviors (a completely different answer from what one would have gotten in 1995).

Just prior to lunch, U.S. Senator Maria Cantwell addressed the audience and offered her congratulations to NEEC.  The Senator is the ranking member on the Senate Energy and Natural Resources Committee.  Senator Cantwell relayed that this committee recently passed out its first major comprehensive energy legislation since 2009.  The Energy Policy Modernization Act of 2015 is an omnibus energy bill including provisions that enhance energy efficiency (see related article below).  The Senator ended her remarks by declaring that this is now “The Age of Energy Efficiency” predicting that there will be substantial progress in the coming years. 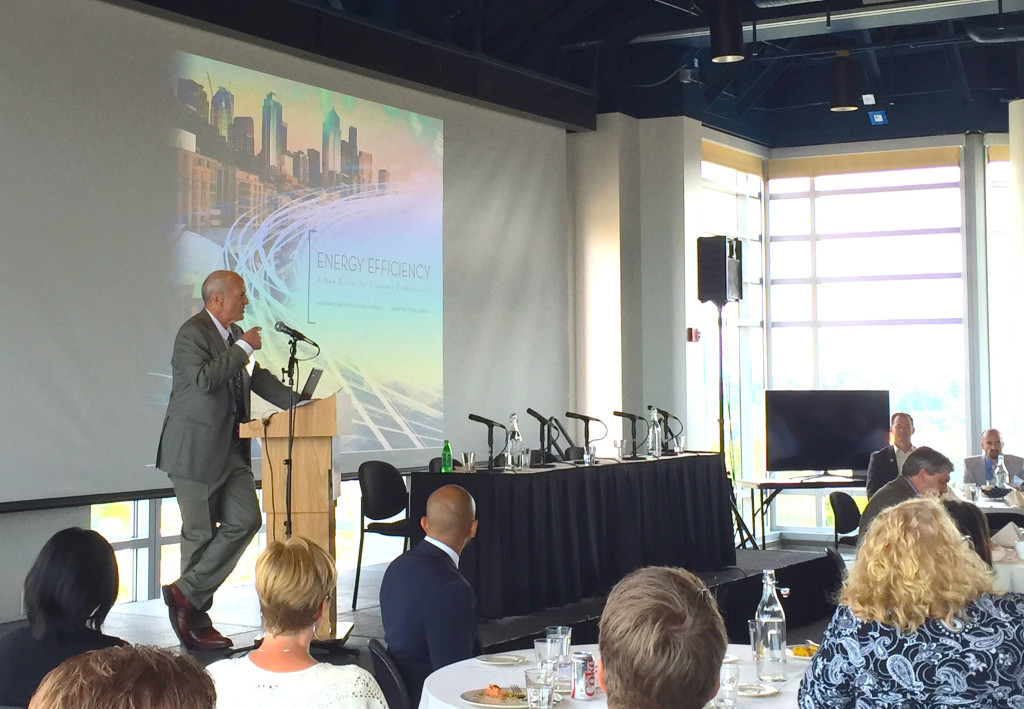 The event ended with a presentation on NEEC’s newly released study written by economics consulting firm, ECONorthwest.  The conclusions from this work (analysis was done for both Washington State and Oregon) indicate that there is economic value to the broader economy from doing energy efficiency beyond the traditional short term economic effects that are most frequently cited.

Visit the NEEC website for more information on the events and the economic report.