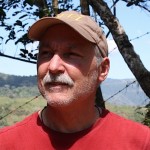 This month’s Instructor Highlight features Roger Ebbage, the Director of Energy and Water Efficiency Education Programs at Lane Community College in Eugene, OR. Roger worked on the initial development of the BOC in the late 90’s because he believes in the concept of training the people who are the most instrumental in saving energy in the commercial building sector. He now teaches BOC 1002 Measuring and Benchmarking Energy Performance, BOC 1008 Operation and Maintenance Practices for Sustainable Buildings and BOC 1009 Building Scoping for Operational Improvement

Roger has been in clean energy education for over 30 years. When asked what drew him to the field, Roger explains “I was inspired by President Jimmy Carter’s declaration of war against energy in 1978. At the time I was completing my BA in Industrial Arts (shop) from San Francisco State. My first job was teaching Construction Technology at McClymonds High School in West Oakland, Ca. Not happy building stick model houses with students, I pursued community relationships resulting in building 2000 ft2 houses with my students which, when completed, were sold to recover construction costs. During the project development period I picked up my MA in Passive Solar Design from San Jose State as part of an interdisciplinary Industrial Arts/Environmental Studies Degree. Through student instruction, I introduced passive design strategies – heating and cooling a building using the sun – into our first house project. It was a very successful program.”

After moving to Eugene, Oregon in 1988, Roger was hired to manage the Lane Community College Energy Management Program that had been dormant for four years. This is his 20th year as the program director. Significant accomplishments include keeping the Energy program running continuously while under constant budget constraints (the program receives no college general funding), creating the Water Conservation Technician Program at the college, creating the Northwest Energy Education Institute (a professional development wing of the energy program), and has recently created the Association of Community College Energy and Water Educators (ACCEWE) a non-profit organization for which he serves as the Executive Director.

Roger has two kids – one a successful musician, and the other a successful horse trainer. In his spare time, he pursues long distance bike riding, whether on his Trek or Harley and playing tennis, and spending most of his free time with his grandson.