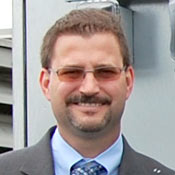 BOC graduate Alfred Maierle is Group Director for Global Property Management Services at Tiffany and Company. The company is committed to environmental stewardship and recently joined the EPA’s Climate Leaders Program, a voluntary program that commits its members to develop, measure and reduce its carbon footprint. Tiffany has pledged to reduce its U.S. GHG emissions by 10% per operational square foot from 2006 to 2011.  Maierle is a major part of this effort and has been involved in numerous projects that have yielded great results.

Maierle is based in Manhattan but, as Group Director, has oversight of many of the company’s facilities. For one focus of energy conservation, Maierle implemented projects at a couple of the New Jersey facilities: Parsippany and Whippany. The buildings are mostly storage and shipping facilities with office areas. At these facilities, they retrofitted over 4,400 lighting fixtures to more energy-efficient ones, resulting in a savings of an estimated 597,000 kWh per year. Adding to the savings, the State of New Jersey’s Energy Smart Program, managed by the New Jersey Clean Energy Program, provided rebates for each installation. The rebate amount, when added to the energy savings, yields an ROI of about two years.

Another project was the installation of energy recovery ventilators (ERVs) on seventeen HVAC units at the Parsippany facility. In the fall of 2009, ERVs were installed adjacent to the existing ten-year old McQuay HVAC units, which are a mix of electric/gas and electric/electric heating and cooling. Due to the success of this project, similar units will be installed at the Whippany location. The building is already temperature and humidity controlled by means of a building management system (BMS).

As Maierle outlined the project, the development process took a year working with engineers and the Board of Public Utility for approval and installation. The goal was to achieve CO2e (carbon dioxide equivalent) reductions and increase HVAC efficiency with the ERVs. “Conservatively, the installation is estimated to reduce total annual electrical consumption by approximately 848,843 kWh and natural gas consumption by 10,723 therms,” says Maierle. “In addition to reducing the costs for electricity and natural gas, the carbon emissions should be reduced by approximately 498 metric tons. In percentage terms, energy consumption for these units will be reduced by an estimated 30%.”