Director of the Department of Public Works (DPW), Town of Boxford, Boxford, Massachusetts 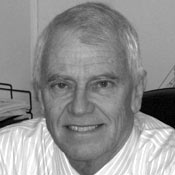 Director of the Department of Public Works (DPW), Town of Boxford, Boxford, Massachusetts

A civil engineer, BOC graduate John C. Dold, PE, had ten years of experience in power plant design before he became municipal engineer and manager. For the past twenty-two years, he has worked in municipalities from small to large and with different forms of local governing bodies. He now works for the Town of Boxford, Massachusetts, as the director of the Department of Public Works (DPW) and is also the town’s facilities manager. Boxford is a small town with a population of 9,000 people. There are twelve public buildings, some fairly new and some dating back to the mid-1800s. Two are elementary schools and the rest are town administration and service buildings. All of the buildings are energy consumption challenges.

Budgets are tight in municipalities and Boxford is no exception. About a year and a half ago, Dold established the town’s Energy Management Committee comprised of four town department heads, the elementary school facilities manager, and Dold as the committee chair. It took some time for committee members to familiarize themselves with the energy use issues in their respective buildings.

In mid 2009, Boxford’s electric and gas utility company, National Grid, was offering to pay half of the tuition costs for BOC training. Dold signed up. At the first training meeting in May of last year, the instructor introduced ENERGY STAR® Portfolio Manager, the free software offered online by the EPA ENERGY STAR® that tracks utility costs and usage trends in buildings. In June, the town hired a summer intern for Dold and he promptly put her to work gathering the information needed for the software data input – a year’s worth of utility invoices, building measurements, occupancy information, and other pertinent data – everything needed to compare year-by-year information and determine likely areas of conservation. His intern then entered all the data into Portfolio Manager.

Dold highly values the software tool. “I cannot overstate how incredibly helpful Portfolio Manager has been. The bar graphs alone have been helpful to illustrate a point rather than handing out sheets of dry data and putting people to sleep. But the key factor for my committee has been the dollar-per-square-foot energy usage per building. This figure helps the various town board and committee members to understand where the town’s energy dollars are being used. And now we are starting to be more aware of how we can save. The summer intern is gone, so the town finance director inputs the monthly data into Portfolio Manager. She has seen the benefits of the program.”

Portfolio Manager targeted the high energy usage buildings. A good example is the school administration building, built in the 1920’s, which was shown to have the highest per square foot of energy use of all twelve municipal buildings. National Grid performed an energy audit and noted that a significant feature of the building was its eight-by-three-foot single paned windows, spaced every four feet around the building’s perimeter. As town funds allow, the windows will be upgraded to thermal pane as an obvious energy-saving measure.

Only six months into being able to compare data, they know they are saving. Dold points out that, due to usage changes and electrical upgrades, the town hall’s electricity bill for this past month was $2,100, which is a savings of $800 from the previous December. Employees were asked turn off unnecessary lights and shut down computers at end of the work day. Thermostat controls were locked into predetermined time and temperature ranges.

The town is also realizing savings from lighting upgrades implemented in the two elementary schools in the summer of 2009, where lighting was retrofitted with an estimated 500 T-8 fluorescent fixtures. Both schools are now eligible for EPA’s ENERGY STAR® building label, for which the town is currently applying.

Dold is also looking into various grant opportunities. National Grid is offering to cover half the implementation costs to switch from manual thermostat controls to off-site computer control of HVAC systems. The town is also actively pursuing a municipal wind turbine program through the Massachusetts Technology Collaborative. Electricity produced from the turbine would enter into the utility’s grid and the utility would then credit that production to the town’s municipal buildings, paying the town for the extra electricity produced. This project will be presented to the Boxford voters at the May 2010 town meeting. The estimated return on investment for the wind turbine is five years. The town municipal buildings could be electricity-independent at that time. In addition to the wind turbine effort, a 2000-watt solar panel project was completed at one of the Boxford schools in the fall of 2009. Boxford has also committed to the EPA’S September 2009 challenge to reduce energy consumption by 10% over the next year.

Behavioral and attitude changes are critical as Boxford moves forward with its commitment to energy efficiency. “Boxford is small community with a budget of $25 million per year. Generally, budget and personnel costs do not decrease, but if we can continue to improve energy efficiency, our hope is that these costs will decrease, and that will be a bright spot for the taxpayer,” says Dold.