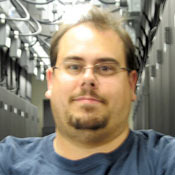 BOC graduate and Data Center Facilities Engineer Rick Gideon has experience on both sides of the aisle in the IT field. He’s been in facilities management for about six years now, but was previously in the IT data management field. When the data center’s Seattle location lease for King County was coming up for renewal, he was an obvious choice for the transition team.

King County’s data center houses the critical IT systems that not only service a plethora of government agencies, but also provides much-needed online public services and information, such as public transit schedules and licensing guidelines. As Gideon defines it, “The data center’s goal is to be available 7x24x365 to provide necessary services to the King County staff and the public.”

Located in a high-rise in downtown Seattle, the former data center site was not the best place for a mission-critical facility. The lease on the space was coming due and so a relocation project seemed practical. Space limitations and at-capacity power and cooling systems at the downtown site also highlighted the need for a move to a more appropriate location. When the relocation team was put together, Gideon was appointed the data center designer.

Settling on an old warehouse building about ten miles outside of Seattle in Tukwila, preparations began. The warehouse shell was over 30,000 square feet of space, with 20-foot ceilings and was to be outfitted for multiple tenants, of which the data center space would be about 5,300 square feet, with an added 1,500 for support space and operational staff.

The team decided to build the space on a slab construction, which Gideon notes is the industry trend, versus the conventional raised-floor design. “One of the foremost reasons was the fact that, in order to deliver the amount of air needed to supply a room full of servers, the floor needs to be no less than 30 inches above the slab. Then you’d have to incorporate ramps for access and you’d just be eating up valuable space.”

One of the major problems facing data centers is the enormous build up of heat generated by computers, most of which are required to run constantly. The cooling system at the new center is configured to cool mostly with outside air. Conditions in the area are good for this set up about 90% of the year. “We can also use evaporative cooling to help extend that 90% number a little,” says Gideon. “So overall, we use the chiller plant on a minimal basis.”

The server cabinets chosen use 3-phase 208v power as opposed to the conventional 120v. Gideon explains that higher voltage requires less current to deliver the same amount of power, so the less current the electrical infrastructure carries, the cooler it runs and less energy is needed for cooling. This also allowed him to increase the density of the cabinets making better use of space. The cabinets also direct the hot exhaust from the servers upward, above the ceiling grid, and release it outside. “Some of the air is redirected to the air handlers to temper incoming air. This allows for a higher supply temperature since we don’t have to cool a pool of hot air within the room,” explains Gideon. “It also gives us the option to increase out temperature set point within the room, since we don’t have to battle the hot spots in the rooms.”