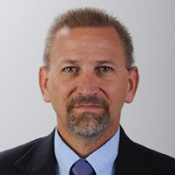 Bringing the 19th Century into the 21st

Last year, BOC grad Rick Meinking, Director of Plant Operations for Seventy Five State Street in Portland, Maine, completed a fascinating project aimed at bringing a long-neglected, 19th century Federal style house into the 21st century. The building, known as the Cutter House, was owned by Seventy Five State Street, Portland’s oldest non-profit organization, whose focus is on independent and assisted-living facilities. The ornate, cast iron fence had long since been removed from the property. Windows and shutters had been replaced with vinyl substitutes and most of the remaining original architectural details were in a serious state of disrepair. Preserving the structure and trying to maintain its historic integrity was significant because it was one of the few Federal-era mansions on the Portland peninsula to survive the Great Fire of Portland in 1866.

Prior to 2006, its configuration provided apartments for eleven independent-living senior citizens. With approval from the Portland Historical Board acquired and city permits received, the renovation project started in December 2006. The eleven residents were temporarily moved elsewhere within the campus of Seventy Five State Street.

The demolition of all interior walls flooring and windows took nearly a month. By mid February, new walls were constructed and the reconfigured apartments were beginning to take shape. In March the new double-pane windows arrived and were installed, along with the foam insulation. April saw the new heating pipes, chilled water lines, electrical wires and plumbing systems put in place and the finished walls installed. The Weil-McLain self-condensing boilers, indirect water heaters and the new electrical service (480 volt 3 phase 600 amp) were all set up. Concurrently, the new finishes (painting, flooring, woodwork) were installed, as well as the kitchen cabinets and bathroom fixtures. Next in were the EnergyStar appliances and compact fluorescent light fixtures, occupancy sensors, LED exit lights. Then, the startup and commissioning of the heating/cooling system was inaugurated. By mid August 2007, the occupancy certificate was obtained and, beginning September 15th, eleven new and former residents had moved into their new apartments.

While the rehabilitation of the beautiful old edifice was exciting enough, the real kick for Meinking has been monitoring the performance of the building and its new systems. Putting to use the energy accounting methods learned from the BOC classes, he has been able to show substantial savings in the natural gas consumption. Auditing the energy usage from January through April of this year has shown proven savings of over $4,000 for the residence. The graph below shows a striking comparison of gas usage for the winter months over a three year period between Cutter House and a similar facility owned by the company but as yet not renovated. On the electricity conservation side, the only incandescent bulbs in the entire 7,600 square foot building are located in the oven, refrigerator, and range hood. Unfortunately, because the electricity had previously been supplied by an adjacent building, savings estimates could not be determined.

Recently, Seventy Five State Street was presented with a 2008 Preservation Honor Award for Excellence in Rehabilitation for its work on Cutter House. Restored to its original elegance as one of Portland’s earliest landmarks, its tenants now enjoy the comforts of a modern, energy efficient facility in the atmosphere of a gracious past.

Meinking also undertook a comprehensive energy audit on the 148,000 square foot facilities at Seventy Five State Street. Results yielded a variety of energy conservation projects, many of which had rebates from Efficiency Maine as part of the equation. Investment costs less energy savings (estimated at over 200,000 kW hours) for the projects gave an average payback time of 1.78 years. With the rebates, that payback time was reduced to 1.46 years.

“The BOC Level I course has really rejuvenated my facilities management career. I was recently a guest speaker at a Maine State Housing Authority meeting talking about the success I have had after completing a major project at my facility. For the last six years I have been the chairman for the Maine Health Care Association’s Environmental Services Committee and this year at the association’s annual conference I have been contracted to give two training workshops for administrators and facility directors. I will be doing these same two workshops, “One Bulb at a Time” and “Be an Energy Bean Counter” at the 18th Annual NERAHMS (North East Regional Association of Housing Maintenance Supervisors) Conference.”